A bar can be the most profitable section of your establishment when managed properly. This is because serving liquor in general, except for making cocktails, is not as labor-intensive as cooking food and serving it on a plate. To make a comparison, liquor margins can nearly average a flat 75-80% when it comes to drinks like spirits and beer, while the food section has margins of around 50-65%, and that's without the labor costs. Provided you know how to follow a liquor pricing guide, keeping in mind liquor costs and restaurant wine markups, you can rest assured that you'll make a healthy margin in profits running a bar in your operation.

When you have an exact idea about the ways to calculate wholesale liquor costs and wine pricing, you can determine the pour costs that'll help you set a price. Pour costs form the basis of a liquor pricing guide. Other factors like rent, condiment costs, raw material expenses, consumables, bar prices in your area also should be factored into liquor and wine markups. Ideally, prices should neither be too low nor too high. Managing the profit-loss sweet spot allows you to attract customers while also assuring you a steady stream of profits so you can keep the good times coming. Read on as we help you to determine pour costs, overall costs, individual elements like cocktails, beer, spirit, and restaurant wine markups to make sure your bar manager comes to you only with balance sheets in the green.

To put it simply, liquor costs are the amount your establishment pays your supplier to procure alcohol. These costs are also called pour costs and liquor pour costs, often synonymously and interchangeably. However, liquor costs are not as simplistic as they may seem. Liquor costs are ideally taken out of the total sales you make, and the higher the liquor cost, the lesser the profit you make. Most establishments also include all accessory expenses involved in serving each drink, including consumables, glasses, straws, and condiments. The easiest way to calculate your liquor cost percentage is by following this formula-

Liquor costs are ideally kept to between 20-25% in most establishments. This simply means that the costs incurred by you in pouring out drinks must not exceed 20 to 25% of your total revenue. Consider a simple example - suppose your total liquor sales are worth $10,000 in a given month, your expenses incurred in making liquor sales should be $2000 to keep your liquor cost percentage at 20%.

If you'd like to take a more detailed look at your liquor cost percentages, you could also divide your liquor serving costs by the value of your inventory remaining unsold after a particular period. This lets you know the time bottles stay in your inventory before being sold. The formula is as below -

These methods are more straightforward and give you a basic understanding of liquor pricing lists. However, you can follow variable pricing patterns for different drinks as the market prices for spirits & beer and wholesale wine pricing tend to be very different. Before you get started on making a liquor pricing list, you should make sure you're updated on wholesale wine pricing, wholesale liquor pricing and also know  the cost of a bottle of liquor. You must first grasp the various quantities of bottles, kegs, and containers of liquors so you can calculate the per ounce price.

Common measures of containers and bottles and the corresponding number of ounces in them are:

Determining the per-ounce cost is rather simple now that you know the number of ounces per bottle. Consider a bottle of rum that costs $30 and is a liter in quantity. A liter's worth of rum contains 33.8 ounces. The formula ascertaining the ounce cost would be-

In this case, an ounce of rum would cost you 88 cents per ounce. The next step would be to determine the price at which your bar would make the sale to your customers. This would be the effective price that would factor into the final sales price based on the quantity. The sales for an ounce's worth of liquor can be calculated by two formulae-

While the cost per ounce of liquor can be derived from the formula discussed previously, it is important to note that target pours cost would be in decimals as it's a percentage value. If your target pour cost is 20%, that value to be substituted would be 0.20. Conversely, the target markup price would be the multiplier you intend on adding to the pour cost to make profits. So, in case, your pour cost is 20%, the markup would be 5 since 20% can also be written as the fraction ⅕. With this basic math, you can begin calculating the prices of different spirits at your establishment, however, you can also follow special models for each drink that would factor better into customer affordability and will also make you a decent margin. Read on to know more about wine pricing, beer pricing, cocktail pricing, and spirits pricing.

Beer is sold out of taps in draft operations, kegs, and even bottles. Beer is a highly profitable beverage; however, pricing can get complicated. You can follow some simple methods that include wholesale liquor pricing-
Beers are best sold at a profit margin of 75-80%. This would mean you must keep your pour costs between 20 and 25%.
Bottled beers' wholesale liquor prices must be divided by the desired liquor or pour cost to get the retail price. Supposing the cost of a pint is $2 wholesale, and you desire this to be 25% liquor cost, it would mean you must sell the pint at $8.
Beers sold out of kegs and taps can be priced by the ounce. An average glass of beer has 14.5 ounces. Determining per-ounce costs and multiplying that with the per ounce markup would give you the price per glass. Pricing wine can be more complicated compared to other drinks as wholesale wine pricing tends to be higher. Also, your establishment can offer variations of wine like wine smoothies and exotic wines, that could involve red wine pricing to be included along with condiment costs.
In the case of bottles, wine can have higher prices, so having a markup that's four or five times the liquor cost would seem exorbitant. An acceptable price would be between 2 and 3 times the liquor cost.
This will still help you bring in large profits. If you're selling a $50 bottle of wine at $100, with a liquor cost of 50%, and 20 bottles of $1 beer at 20% liquor cost (retail price of $5), you'd end up with the same amount of money. The only difference is that a single bottle of wine at lower markup makes the same amount as 20 bottles of beer, and takes up less effort as well.
Another model you can follow to attract more customers would be by selling wine by glass. A bottle of wine has around 24 ounces of liquor, and the per ounce pricing model can be applied at desired markups in this case as well. Make sure you also include a wine cooler’s running costs to your final pour cost to cover all expenses.

Pricing cocktails and spirits will involve ice, juices, condiments, consumables, and any additions to the wholesale liquor price to give you a comprehensive liquor/ pour cost.
Pricing spirits and cocktails by the ounce also helps to ascertain the wholesale ounce cost, and eventually the markup.
Complex pours like rocks pours, doubles, and shots can complicate pricing, however, make sure you stick to the basics. Most spirits are sold in liter-sized bottles that contain 33.8 ounces. Combining the additional costs to the ounce price and then adding the markup should help you arrive at an effective liquor pricing list for spirits and cocktails.

Liquor pricing can get confusing pretty quickly, thanks to the many ways one can price alcohol. However, keeping in mind the running costs in the area will give you a good idea about the prices you can quote. You can also take a broad-picture approach and try to average costs if it's a liquor pricing model that suits your establishment. 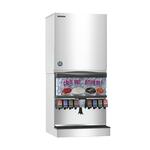 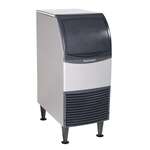