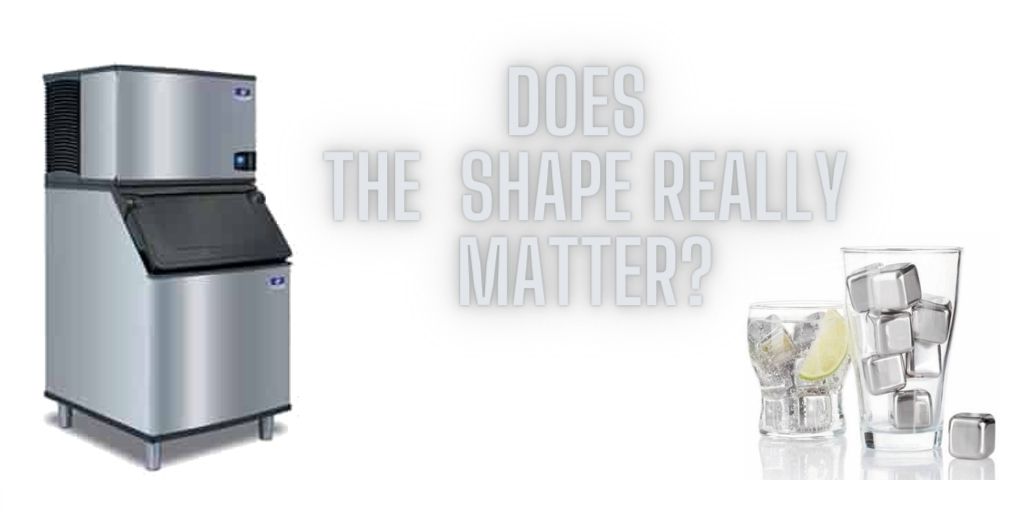 When you're at home enjoying your favorite beverage or at dinner asking for a chilled cup of water to sip on during your meal, your glass is likely filled to some degree with ice. You probably never give a second thought as to what type of ice is chilling your beverage. Whether half dice ice cubes or crushed ice, various shapes of ice are used throughout the hospitality industry and the food and beverage industry, and each one serves a different purpose.

The Purposes of Ice in the Food and Beverage Industry

Most individuals believe that ice cubes serve a single, simple purpose: to chill a beverage. However, aside from shipping food with different ice forms (such as dry ice), the purpose of ice cubes can be far more complex. This is made more apparent when you take the time to look at how bars and restaurants utilize different ice types in their various drinks that they serve.

Ice cubes do more than simply keep a drink cool. They can actually influence the drink's flavoring and the ingredients. Many bartenders are rather choosy when it comes to the ice they use with their beverages because the ice melts and dilutes the drink. This can wreak havoc on the ingredients, causing the drink to lose its aromatic notes and affect the taste.

The type of ice chosen can also alter the physical appearance of a beverage. For example, higher-end bars and restaurants tend to lean towards ice with sleek, clean lines, which are as clear as possible. Alternatively, many fast-food joints prefer cloudy ice because it increases the appearance of fizz in soda, making it more appealing to those who enjoy the bubbly sensation of carbonated beverages.

Different opacities and shapes of ice play an essential role in the food and beverage industry. However, is there any specific type that is preferred over the others? A large portion of the industry tends to lean towards dice and half dice ice cubes, though that doesn't mean you won't see other types floating around.

The Difference Between Dice and Half Dice Ice Cubes 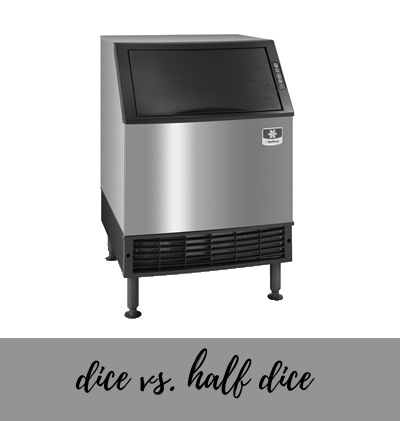 When ordering a drink at your favorite restaurant, chances are you won't be paying much attention to the type of ice that's in it. That's because you've likely become accustomed to the typical cube used in many restaurant settings: the dice cube.

A typical ice cube takes on the form of a four-sided cube that resembles dice. Half dice ice cubes are similar in nature; however, they are about half the size and look a bit more rectangular in shape.

Here are a few key differences between dice and half dice ice cubes:

While dice and half dice ice cubes are some of the most frequently used in the food and beverage industry, ice shapes are definitely not limited to these two options.

6 Additional Types of Ice and Their Purpose in the Industry

Now, just because most big-name restaurants and other shops utilize dice and half dice ice cubes for cooling their customer's beverages, that doesn't mean you won't come across other variations. What's even more fascinating is that each ice cube variant is used for a particular purpose that you likely never thought of before.

Block ice cube is often confused with a typical dice ice cube, but it’s very different. These ice cubes are much larger in size and typically used to chill self-serve beverages, such as a punch bowl at a party.

These dice cube variations are great for this setting because they have a much slower overall melting rate, meaning your party's beverages will stay cooler for much longer. They also won't suffer from the same level of dilution you may experience with large quantities of smaller ice cubes. 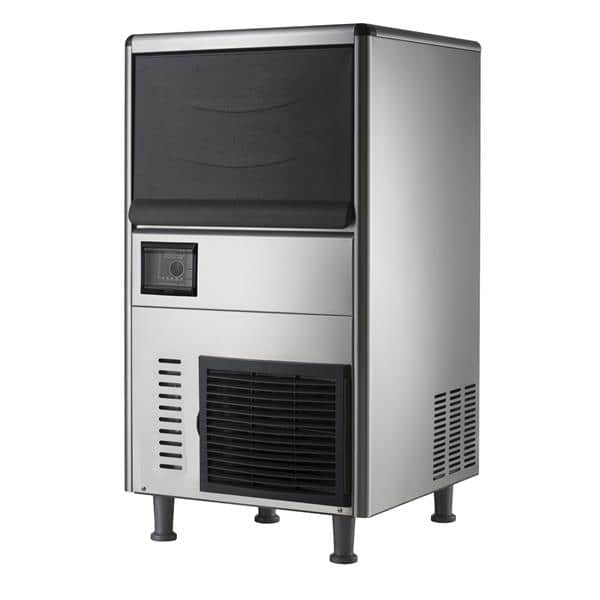 If you're looking for a frosty beverage, then you'll want to consider using flake ice in your drink. This type of ice is similar to crushed ice—however, instead of being crushed nuggets of ice, these are more of a shaved ice, making it softer and more pliable.

Flake ice is an excellent choice for frozen drinks, although it's important to note that it has a much quicker melting rate than other forms of ice due to its thin, shaven nature. 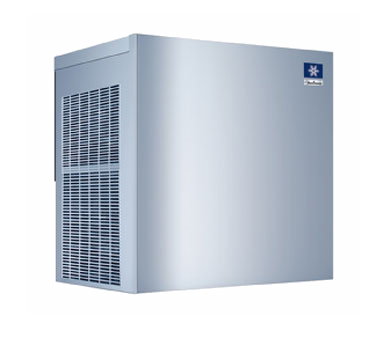 Nugget ice is a favorite amongst consumers who like to chew on their ice. Not only is it softer ice, but it has a remarkable ability to soak up the flavors of the beverage it's being used in. Since it's a piece of softer ice, many restaurants and hospitality services are switching from traditional dice and half dice ice cube dispensers to nugget ice dispensers since they are much less likely to jam up due to ridged ice. 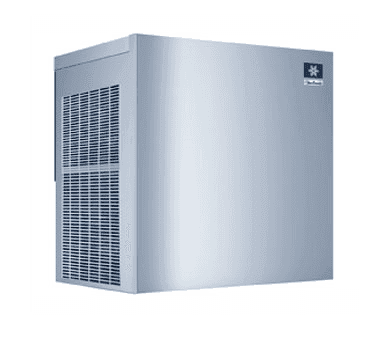 Bullet ice, also referred to as "pearl ice" due to its white coloring, is another favorite in dispensers because they are much less rigid in shape but are often larger than nugget ice. What makes this ice cube different from the rest is that it has a hollow inside, making it a quick melting solution for blended drinks. 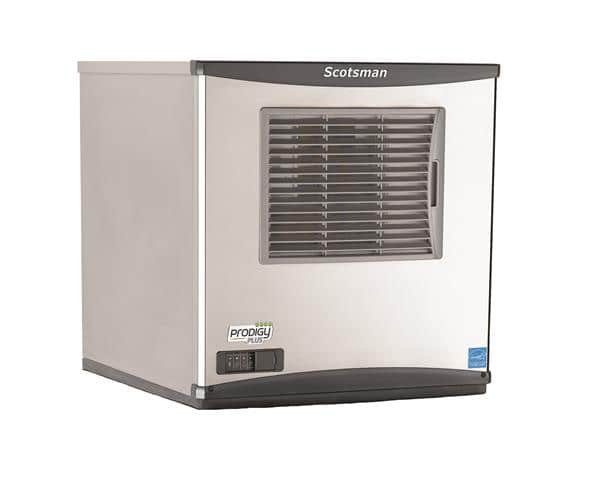 This particular ice cube gets its name from its somewhat unusual shape. Typically, top hat ice resembles bullet ice, with a cylindrical body and flat bottom. However, top hat ice doesn't have the hallowed-out center, giving this cut a much slower overall melting rate, perfect for use in drinks and cocktails that need to be chilled but not watered down. 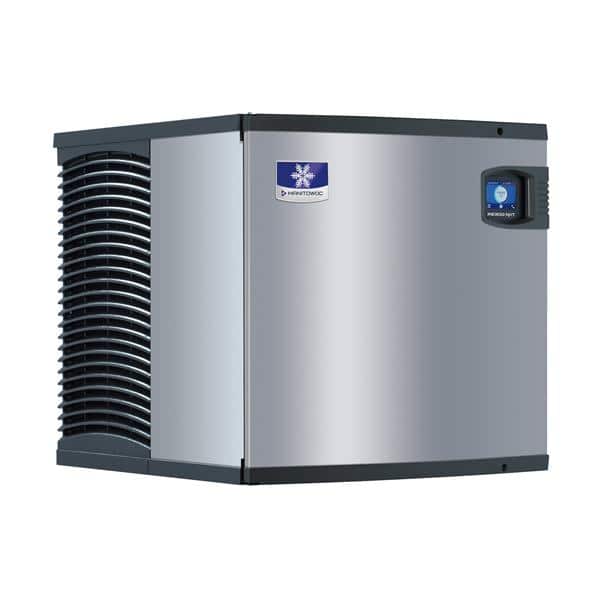 Also known as gourmet ice, ice spheres are round balls of ice used more for aesthetic purposes than anything else. In many cases, these ice spheres are large, transparent, and have a slow melting rate, making them ideal for fine dining establishments and cocktail lounges. 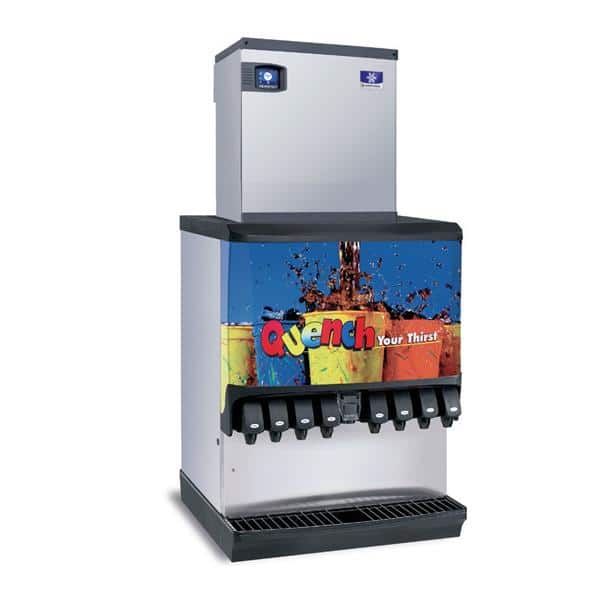 Half Dice Ice Cubes Are Only the Tip of The Iceberg

Ice is more unique than you may have thought initially; it wouldn’t be surprising if you found yourself taking a closer look at the ice in your next drink. Don’t be afraid to try out different options at home or for your next get-together!