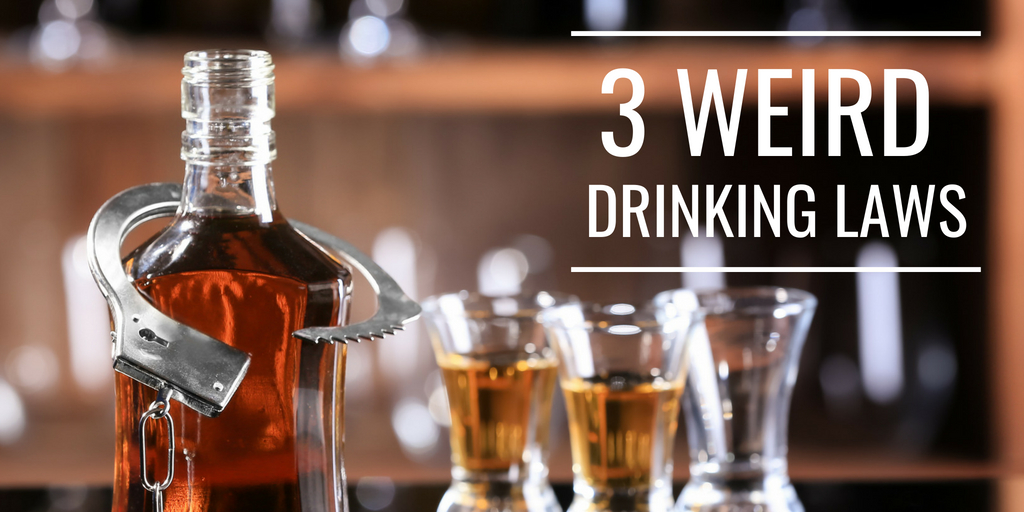 A lot of people like drinking alcohol, and while it is quite tasteful and can even serve as some people’s stress relievers, it can also be very dangerous and cause a lot of stress problems to many people.

It is very well known that each state in the United States has its own various drinking laws, such as the age a person must be in order to legally consume alcoholic beverages, what the exceptions to the laws are, how much a person can consume in a bar, what blood alcohol percentage is considered too drunk to drive, and much more.

However, there are a few drinking laws in the country that you probably have never heard of in some states, and in fact, they can be considered quite weird, according to FoodAndWine.com.

So, you might want to think twice before drinking your next alcoholic beverage after reading about these odd rules, and get ready to have a little laugh, as well.

Law #1: It is Illegal to Run Tabs in Iowa

The first strange law that has made it onto the list is active in Iowa, also known as the Hawkeye State.  And the law is…

It is illegal to run a tab at a bar.

That sounds crazy, right? Besides, you are probably used to the idea of leaving your credit card with a bartender, simply paying whatever has been placed on your bill by the end of the night once you are ready to go home.

However, in Iowa, it’s not supposed to go that way.  Instead, you’re looking at having to pay for each one of your drinks upfront as soon as you buy them, which also means, you have to pay before you get too drunk.

I’m not really sure what the reasoning behind this state law is, but I am pretty positive about the idea that this law was enacted in order to make sure that every person who comes in doesn’t go out without paying their due, which is also unfair to the bartenders and other staff working there.

Many people love taking advantage of bars’ and other liquor shops’ known happy hours, where certain drinks (or maybe even all drinks) are on sale at this guaranteed time of day, every day.

However, the people of Massachusetts don’t have the same luxury.

This is because it is illegal for bars and other liquor suppliers to have specific Happy Hours each day, and the reasoning behind it has been said to be for safety measures.

While this law might sound pretty strange, it isn’t quite impossible for me to see its significance and how it really was enacted as a measure of safety.  After all, when anything is being offered at a discounted price, odds are a lot of people are guaranteed to rush in and buy more than they typically would.

This is probably just another way for the Bay State to prevent more accidents from drunk driving, alcohol poisoning, and much more.

Law #3: All Alcohol Purchases are Illegal on Election Day in South Carolina

The third and final law that has made it onto the list is perhaps one of the strangest of them all: in South Carolina, it is illegal for any business to sell alcoholic beverages on the Election Day.

However, while this might sound like such an odd rule, it has actually been around since the 1800’s.  Back then, it was set in place so that the candidates of each election couldn’t bribe any voters with drinks.

I can see how this is still significant today, but it would also probably help save the peace when you have less drunk people on the roads hearing that the candidate they voted for lost.

Laws are Meant to Protect Us, Whether They are Explanatory or Not.

Regardless of how weird that we think a certain law or group of laws are, they are still put in place to protect us, as people of a certain state and as people of the country.

Some have their obvious reasons for being enacted, and a few others don’t.

However, it is always important for us to realize that no matter what our opinion on the matter is, we are called to be responsible and to obey the authorities set in place over us, for everyone’s safety and peace.